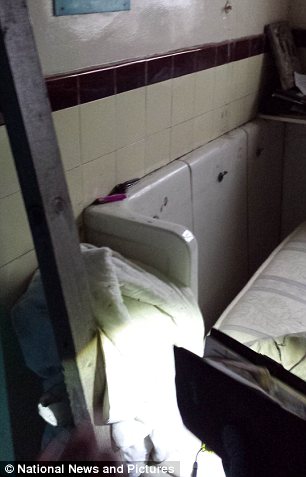 The British people have been shocked by the lifestyles of the Gypsies. However, the media runs cover for them. Whenever Gypsy immigrants do something bad, the British media usually refuses to report they are Gypsies. They call them “Romanians” instead. Ethnic Romanians are Vlachs. A mixture of Eastern Europeans who assimilated to Roman culture before the fall of the Roman Empire. They speak a romance language. Gypsies are related to the Thugee in Northern India. They migrated across central Europe. When they reached the Ottoman Empire, the Turks called them “Egyptians.” No one knows why the Turks called them this, but the name stuck. “Gypsy” is short for “Egyptian.”

The refusal of the Western European media to identify Gypsy criminals, and refer to them in purposefully misleading ways, is something we have reported on for years.

The most recent example is about Gyspies living inside a public bathroom. The British media is calling them Romanians. This is defamation against the Romanian people. This politically correct coverup needs to stop. The media should report the news, not politically motivated distortions.

A group of Romanian squatters have been discovered living in a disused public toilet for at least two weeks.

As many as 15 men were found in the small brick building by a council official who went to examine the property before it goes up for auction.

The squatters had transformed the toilets in Edgware, north-west London, into a home by installing a divan bed in the space where the urinals are – as well as a fridge, microwave and cooker.

They managed to tap into the public electricity supply and install plug sockets, while they also carpeted over the floor tiles.

The group of men were discovered by an officer from Harrow Council who was visiting the former toilet, which is about to go on sale with a reserve price of £300,000.

When he arrived the squatters promptly left, but they returned a few days later and the building eventually had to be boarded up to keep them out for good.