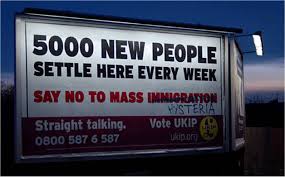 Michael Deacon watches MPs debate the immigration of Romanians and Bulgarians from January 2014.

During the Eastleigh by-election in February, Ukip’s posters warned the public in big yellow letters that, next year, the EU “will allow 29 million Bulgarians and Romanians to come to the UK”.

As 29 million is the total combined population of Bulgaria and Romania, an emigration rate of 100 per cent may on first glance seem improbable. But a serious party like Ukip would never stoop to cynical scaremongering, so if 100 per cent is its considered projection, we must treat the figure as credible.

The party leadership is known to be particularly concerned about immigrants from the central Romanian region of Transylvania.

online petition received more than 145,000 signatures, MPs debated the issue in Westminster Hall. Well, a dozen or so of them did, anyway.